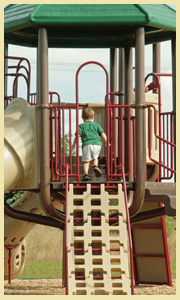 NYMIR prides itself on its extensive knowledge of municipal issues and its relationship with the three statewide local government associations that created the reciprocal in 1993.  Unlike most other insurance carriers, NYMIR only insures municipal governments and only operates in New York State. This concentrated focus guarantees that NYMIR is both aware of, and able to quickly respond to, changing municipal insurance needs – whether driven by world or national events, statutory mandates or local issues.

The Association of Towns of the State of New York, the New York State Association of Counties and the New York Conference of Mayors together act as the Attorney-in-Fact for NYMIR. Given their responsibility of representing the interests of local governments statewide, these associations are a powerful advocate for all NYMIR Subscribers. Having watched the reciprocal grow from 26 municipalities back in 1993 to almost 900 today, the Attorney-in-Fact is proud of what NYMIR has become and plays an active role in ensuring that the company is continuously meeting the needs of its Subscribers – and, in turn, their association's members.

Given the many challenges facing local government, it is essential that municipal leaders look for opportunities to join forces in the interest of controlling costs and managing risks, while maintaining quality services.  Owned by its Subscribers and led by a Board of Governors made up of municipal officials, NYMIR is a classic example of local governments working together.