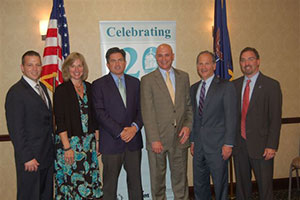 New York's municipal associations - The Conference of Mayors, Association of Towns and Association of Counties realized that the only way to protect municipalities from the cycles and fiscal uncertainties of the traditional insurance marketplace was for local governments to create their own insurance company. The associations worked together to advocate for the passage of legislation that enabled the creation of the New York Municipal Insurance Reciprocal (NYMIR) formed the New York Local Government Services Foundation as the Attorney-in-Fact which established the New York Municipal Insurance Reciprocal.